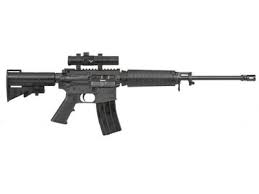 This may seem like an odd thing to be writing about on a blog that’s mainly about addiction and recovery.  It seems to me, however, that the knee-jerk reactions and denial about the entire gun ownership, regulation and school shootings thing resemble, in several ways, the same reactions and denial as they relate to addiction.  Even if that weren’t the case, certainly all of us who are interested in recovery, mental health and so forth are concerned about these issues.

Just as an addict will immediately and instinctively defend his or her use of alcohol and other drugs (alcohol especially) by saying it’s his “right,” or immediately explain how he only drinks on weekends, or never had blackouts, so does the gun enthusiast immediately begin both to justify her gun ownership, right to bear arms, and so forth.  And the anti-gun folks are just as knee-jerk.  Neither side is much interested in hearing and responding reasonably to the protestations of the other.

So, too, the denial involved.  Anti-gunners insist that guns can be regulated, while the gun industry and enthusiasts insist that regulation will do no good.  Neither side wants to look at the reality — that both have their place — although perhaps both give lip service to that impartiality.

But I don’t want to talk about gun control or the lack thereof.  It seems obvious to me that, short of creating a police state, we can’t stop people in this country from getting guns if they want guns, and the folks who want to use them illegally aren’t going to worry about laws.  It is equally obvious that some purposes could be served by stricter controls.  However, strict controls will never be implemented, at least in my lifetime, regardless of the screaming.  So as far as I can see, that issue is entirely moot.

School security, however, is not.  Today I can walk onto the campus of any college or university, and of most primary and secondary schools in the country as well, with little or no chance of being challenged or my progress impeded in any way that would be effective if I had slaughter on my mind.  So can just about anyone else.

This state of affairs is as shameful as the refusal, in the 1970’s, of the Federal Aviation Administration to mandate reinforced cockpit doors on airliners.  That bit of foot-dragging to save the airlines money allowed the 9/11 tragedies to happen.  When we invite people to walk into critical areas, we underwrite whatever happens next.  We don’t do it in courthouses.  We don’t do it in airports.  Why in the name of heaven do we permit it at our schools?

Effective physical security on local campuses is as simple as installing fences, which in most cases exist already, and enforcing controlled access.  This could be done with a system of ID cards, entrances where card-holders are passed through checkpoints rapidly, and where non-card-holders are required to be escorted if their presence is not okayed by a responsible authority.  The cost, in comparison to any effective system of gun control, would be negligible.  It wouldn’t stop some nut who wanted to stay outside the school grounds and snipe at people, but it would be relatively easy to make that impractical, as well.  You can’t shoot what you can’t see.

College campuses would pose more of a problem, but the same principles could easily be applied to buildings.   Yes, in both cases students, staff and service providers would be inconvenienced to some degree.  But is this system preferable to any of the other security measures that have been proposed: arming teachers, armed guards patrolling the hallways (easy to track and avoid) and — for God’s sake! — surveillance cameras?  All they would provide is evidence after the fact.  Folks who shoot up school kids aren’t going to be deterred by having their picture taken.

Most school districts have their own police forces already — at least in Florida.  Let’s encourage our legislators to stop posturing for the media, ignore for the time being the so-called “threat” of gun ownership, pass enabling legislation, and appropriate some funds to create school environments that are actually secure.