My wife and I picked up medallions at a meeting last night. We’ve been celebrating with that group since we got out of treatment 25 years ago, with the exception of a couple of years a few years back. My anniversary was the 14th, and hers is today. Although we don’t get to that meeting very often, the group is special to us because it was the first 12-step meeting we attended outside of a treatment facility.

It was great to see old friends and listen to the things the other celebrants and attendees had to say. I couldn’t help but think, as I often do, about the incredible importance of those folks’ support, and the support of many who are no longer with us. There is no question in my mind but that I would have relapsed without it, because my arrogance had me convinced – for much longer than it should have – that I could handle recovery on my own. 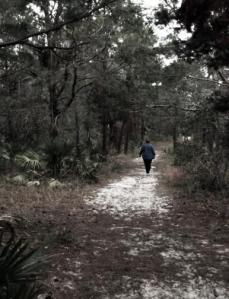 My addictions taught me to go it alone. Although family, friends and others who care about us sometimes do support us when we are active in our addictions, that is not the kind of support we need. Furthermore, we often draw away from them in various ways that eventually cause them to do the same. Since non-addicts rarely have any conception of where we’re coming from, many of them are able to accept our self-imposed isolation even though they may find the rejection extremely painful.

Thus we become islands, surrounded by our addictions, and because our pathology prevents us from letting others into our lives enough to be supportive, we have to try – with greater or lesser success – to deal with issues then that we couldn’t even handle when we were straight. That rarely goes well. Nonetheless, even though I felt abandoned, I resisted any efforts at support from any source.  Sure I did!  If people knew what was really going on in my life, I might have had to do something about it.

The result, when I got into recovery, was a Catch 22 sort of situation: I desperately needed support and guidance, but didn’t really know how to accept it and act accordingly. Because I’m a bright guy and a good mimic it wasn’t long before I was talking a good game, but I wasn’t reaching out or being completely honest. That stalled the beginnings of real recovery by a considerable length of time.

It’s hard for us addicts to believe that others sincerely care about us. We have already proven that we can’t be successful on our own; that’s what brought us to the rooms of recovery. Yet opening up to others and admitting to ourselves that we do need help is the first big stumbling block to getting clean and sober. It’s hard for us to realize the power of the group, and of a program based on hope and the compassion and understanding of other folks who know where we’re coming from because they have been there too. We expect to be judged, and instead they offer us hugs – how weird is that?

At least that’s how it was for me. I talked the talk, because I wanted to fit in, but it took me a long time and a lot of slaps upside the head from life before I became willing to really open up to others, get honest with myself, and start walking the walk. When I did that, I began to be able to look at and resolve many of the very issues that kept me from real sobriety.

So I’ve got a lot of good feelings about the group I visited last night. It’s where I got just enough through my thick head to realize that a program of recovery does work. It’s where I got my first taste of unconditional love from non-professionals. I’m not saying that those particular folks kept me sober, because I didn’t start getting really sober until I became willing to look at my sex addiction and some other issues that date back to my childhood, but they did keep me coming back.

And that saved my life.

3 thoughts on “Going It Alone”