Most addicts (me included) have a tendency to put things off.  When we were acting out in our addictions, regardless of what they may have been, we tended to put other things aside in favor of planning for, obtaining and using our drugs of choice.  We had no problem at all focusing on the subject.

Now that we are no longer absorbed by these important matters, we often find that we are at loose ends.

Especially in the first few months of recovery, the executive centers of our brains are pretty scrambled, so if we’re to get things done it’s important to establish a schedule and stick to it.  It’s a rare addict who’s used to that, but it’s the way the rest of the world lives and we have to function in it.  Write it down!  7:00 AM, out of bed; 7:00 – 7:30, morning meditation, readings, etc.; 8:00, meeting at _____; and so forth.  Then stick with it. 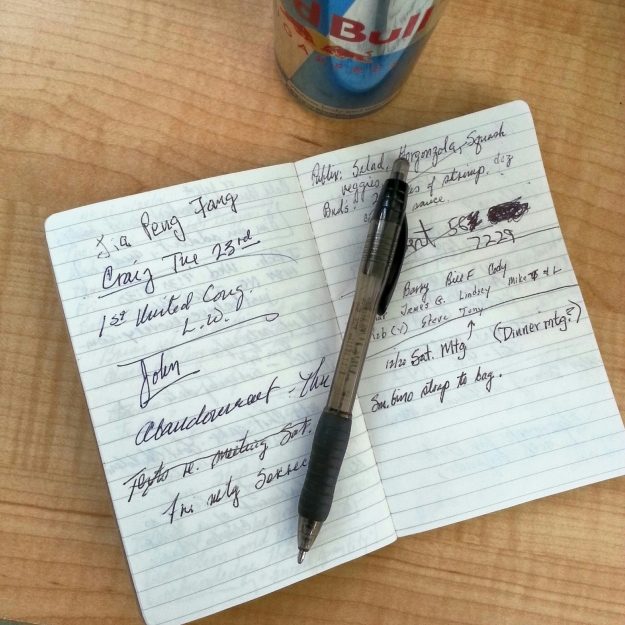 Many of us find that a pocket notebook is useful.  That gets everything in the same place: phone numbers, appointment times for sponsors, meetings, fellowship, parole officers, court dates, things we hear at meetings, etc.  It’s important to keep things simple, and that’s about the simplest way to handle them.

Later on we may start using things like calendars, post-it notes on the fridge, and so forth, but for now it’s a good idea to keep things as foolproof as possible. To that end, don’t rely on memory for anything important!  In early recovery and for the first year of sobriety, memory is a sometime thing.  Don’t think, “I’ll write it down later.”  Do it now.  Then you can forget about it until you have more time to deal with whatever it may be.

Also, we’re not talking journal here.  That’s an entirely different matter that we’ll take up another time.  For now, get used to organizing.  It’ll help you be more…organized.