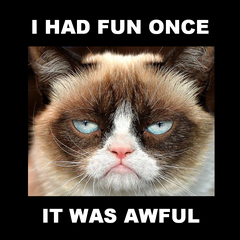 Most of us addicts became isolated from others, unable to relate to them in healthy ways. We either tried too hard, or not hard enough. When we found ourselves failing to fit in, we turned to “in groups” who thought like we did. Those may have been genuine efforts to find a place where we belonged, but since they were nearly always based on some form of addiction — drinking, drugging, gambling and so forth — we were associating with other wounded souls who were grasping but not able to hold onto that same feeling of belonging. Our isolation continued, even in a crowd.

The value of humor in relieving the tension of situations and increasing the enjoyment of life has been recorded by poets, playwrights and others for thousands of years. Humor brings people closer, cements social bonds (people who laugh at the same things we do are accepted, others are kept at arm’s length), and defuses tense moments.

It has been said that “Man is the animal who laughs,” and while there is some indication that our close cousins have the capacity for amusement, we humans are the only ones who look at humor as an art form. We learn and retell jokes, enjoy comics, and are amused to the point of laughter many ways, in many different situations.

Unfortunately, in our addictions we tended to become cynical and our humor often became mean-spirited and hurtful. We stopped laughing for pleasure, and instead began doing so in order to feel superior. We laughed at jokes that made fun of blondes, other ethnic groups, “stupid” or “ugly” people (value judgments that addicts are especially unequipped to make) and any situation that made us feel superior to someone else. Like many other things in our lives, laughter lost its healing power and became a defense and a weapon.

In order to recover our real selves, we need to begin to feel the healing of laughter once again. We learn to do this by associating with healthy recovering people who understand that the real purpose of humor is to draw people together, not skewer them to the far wall with our questionable wit. When we become part of a community whose members have good self-regard and respect for their fellows, humor becomes part of relating to others — an extremely important part.

When we can look others in the eye and laugh — especially at ourselves — we are moving along the path to a genuine ability to relate to others. And as we see ourselves reflected in the good regard of others, who joke with us because they care about us, not to keep us at a distance, we begin to heal in yet another way.

Every addict in recovery wants to have relationships. To begin with, we think of those as love or sex-related, but as we mature in our outlook we begin to understand that all good relationships begin with friendship, not with physical attraction. We begin to value others for who they are, not what they are. We stop thinking of people in terms of what they can do for us, but rather as equals who enrich our lives. As we develop our ability to relate to others in these healthy ways, we begin to understand what a true relationship is all about, and how much we need others in our lives.

And what it is to love.