1. We admitted we powerless over our addictions — that our lives had become unmanageable.

2. We tried to carry this message to addicts (alcoholics, overeaters, gamblers…whatever).

All of us who have been around the rooms for awhile have seen the Two-Steppers, and some of us (myself included) even survived the experience ourselves.  These folks are easily recognized by two traits: Their zeal for fixing others, and their lack of (or lack of use of) sponsors and the other encumberances of newcomers.  Rather than collecting phone numbers, talking to old-timers, getting sponsors and becoming involved in their program of recovery, they jump from the first step to the 12th and set out to save the world — with or without its consent.  As I mentioned, I’ve been there and I have the ratty old t-shirt to prove it. 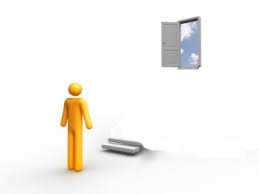 After fumbling around for much longer than should have been necessary, I finally discovered that the Twelve Steps are numbered and in order for a reason.  Each builds on the preceding steps and their principles, leading us along a path designed to set the foundations of sobriety in a logical progression.  The first three steps establish us in the program, and the next four help us to understand and come to terms with who we really are. Steps 8 and 9 establish new relationships with the others in our lives.  Ten and eleven are the tools for maintaining the progress we’ve made.

Then we come to Step 12: “Having had a spiritual awakening as the result of these steps, we tried to carry the message to addicts, and to practice these principles in all our affairs.”  Now that we’ve completed our “apprenticeship” we’re ready to do the work that will keep us active and engaged in our programs: helping other folks along the path we’ve just traveled.  As they say, “you have to give it away in order to keep it.”  However, in order to give it away, we have to first get it ourselves.  In order to lead someone out of the wilderness, we have to know the landmarks.  Learning them requires patience and discipline — items scarce in most addicts’ inventories.  Nonetheless, they are two of the most valuable results of working the steps, and totally essential before we can begin the formal process of helping others.

I wrote “formal process” for a reason.  I mean, specifically, sponsoring people and guiding them through the Steps.

However, there are myriad ways that we can help others while we are progressing through the steps ourselves.  We do so simply by our presence at meetings; by sharing our experiences and listening respectfully to those of others.  We help by greeting folks at the door, by our example of service in the small but important things like setting up chairs, making coffee (well, maybe not so small), straightening up after the meeting, going out for after-meeting fellowship with newcomers and oldtimers, attending business meetings, and making it obvious that we take the program seriously.  We talk to newcomers — not preaching, but simply sharing our stories, listening sympathetically to theirs and letting them know that they aren’t alone.

All of these things are vitally important.  Many newcomers have trouble warming up to people with six, ten, twenty or more years in the program — at least to begin with — but they can relate to someone with three months, or six.  So it’s the duty of newcomers already in the program to be sure that they are pointing their peers in the right direction, not blazing trails of their own through the jungle of early recovery.

Don’t act out, get a sponsor, work the steps, help others.  It’s worked for a lot of folks who understood that humility, not hubris, is the key to sobriety.

1 thought on “The Two Steps”