To itself, a small child is the center of the universe.  It cannot differentiate among itself, its surroundings and its caregivers for some months, and can’t detach completely for years.  Since, to begin with, it’s consciousness is the only one it is able to recognize, it naturally believes that it is the center of everything, and that other people are there to tend to its needs. 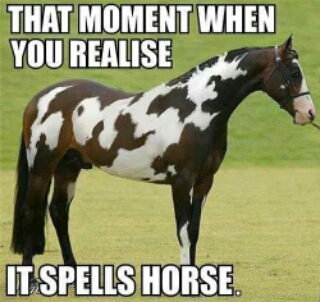 As we become older and wiser, we usually gain a sense of perspective and proportion regarding our place in the scheme of things.  However, for those of us whose emotional development was stymied by trauma, abuse, using alcohol or other drugs, or losses of other kinds, it may be difficult to move out of the “me-me-me” stage and through the various passages that lead to maturity and adulthood.  That is almost universally true of alcoholics and other addicts.

That being the case, most of us addicts have problems adjusting to the world by understanding and adopting a sense of ethics, discipline, and other such attributes — most definitely including a sense of humor that allows us to laugh at ourselves.  Like the small child, we take ourselves far too seriously to find humor in our fumbles through life.

One of the first signs of healthy recovery is the ability to find ourselves and our foibles amusing.  The ability to find humor in our mistakes and gaffes gives us a sense of proportion and our place in the world.  Instead of constantly grading our dignity, which leaves us rigid, vulnerable and fragile, we gradually develop a sense of our true importance as human beings — to ourselves and to those around us.

One of our greatest needs as social creatures is to be well-regarded by others.  As addicts, we largely blocked others out of our lives for fear of being thought unworthy. (We call that shame.) Now that we are are beginning to believe that we have self-worth, we can let down our guard and see the ways the amusing human condition shows up in our own lives, instead of merely laughing meanly at others.

By keeping our self-importance in perspective, we learn to grow up in ways that we were previously denied

Posted from WordPress for Android

2 thoughts on “Laughing At Ourselves”