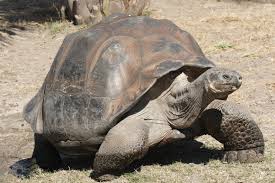 I know that I’ve written about this before, but I had a few more thoughts.

If we examine our lives, all too often we may discover that we are “humans doing,” rather than simply humans being. Many of us find ourselves extremely resistant to slowing down and going with the flow — accepting what the world sends us without trying to live at top speed and influence every nuance of our lives. Perhaps we learned to speed through life because we became convinced somehow that we didn’t measure up in some way, that we had to race to some ephemeral destination to succeed, and that if we could only get there, we’d be okay.

Maybe just going with the flow doesn’t seem appropriate. Aren’t we supposed to work our program? Aren’t we constantly hearing people say “It works if you work it?” To most of us, early on, it seems as though we have to work to get rid of those character defects, to repair the harm we have caused, to become better people.

But what if the thing we need to do is slow down and allow our programs to seep into our heads? What if we’re already just fine, except for all that old stuff that we’re hanging onto? How would we change the ways we live our lives if we really believed that we were okay, and merely needed to learn some new skills? What if we didn’t buy the idea that we’re flawed? What if we came to believe that all we need to do is learn some new things that would help us live more skillfully — that we don’t need fixing, but merely a tuneup?

What if all we needed to do was slow down, be mindful of our thinking and our actions, and try to apply the new principles we’re learning. Would we then find ourselves able to accept the idea of allowing ourselves to fit into the flow of life instead of fighting the current and gasping for breath? After all, who lives longer, the tortoise or the hummingbird?

Mindful living, which is really the basis of recovery, is not compatible with running at top speed all the time. When we are going all out, we rely on our old instincts because we have no choice. We aren’t giving ourselves time to apply the new stuff and make it into new instincts.

What if we slowed down and became humans being, instead of humans doing?

1 thought on “Are We Humans Being?”