“Who looks outside dreams;
Who looks inside awakes.”
~ Carl Jung 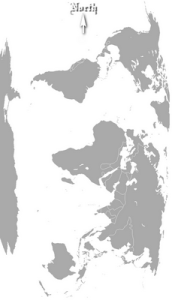 Sometimes Professor Jung sounds like a Buddhist teacher.  When the Buddha spoke of awakening or enlightenment, he meant the ability to see the world as it really is, uncolored by our opinions, fears, history, desires, and ambitions.  Jung’s statement is rather less detailed but no less true.

No one should be aware of and remain more aware of this than recovering addicts.  We are, by definition, people who looked — and may still tend to look — outside ourselves for the resolution of problems that have their roots inside.

These roots, or  internal programming — the “old tapes” that we sometimes refer to in recovery — were most of the time laid down by other people in one way or another.  It may be that they didn’t know how to parent, never having been shown themselves.  We may have come from a family system defined by authoritarianism and/or abuse, that discouraged us from having our own opinions, thoughts, and dreams.  Our lives may have been rooted in circumstances where we were degraded physically and/or emotionally, in places where we were deprived of affection, or even in well-meant desires and encouragement for us to excel that prevented us from having the happy, carefree, nurtured childhoods that were our birthright.   Whatever the answers, no one thing is to blame.  In most cases, our caretakers were doing the best they could with the abilities and understanding at their disposal, and the results are (again, in most cases) no more their fault than ours.

Always, in one way or another, we come from roots where we were encouraged to conform to the wishes, needs, and values of others.  This initial programming may not have allowed us to assimilate the realities and lessons of life that we needed to make a healthy entrance into the outside world.  We learned to look for the answers to our ethical and emotional problems someplace “out there” instead of inside, where such knowledge and instincts to do the next right thing had not been instilled.  Most of all, we looked outside for comfort and affirmation of our worthiness to be on this planet.  Because we didn’t know where to look, we failed to get the kind of reassurance that we needed.

So we turned to (or clung to) solutions that may not have been the most satisfactory, but that relieved or covered up at least temporarily the pain and dissatisfaction that marked our every waking moment.  Some of us found it in alcohol or other drugs, some in repetitive, unsatisfactory affairs.  Some of us looked for and found relationships with familiar refrains: the emotional or physical abuse, neediness or other dysfunction that we found unsatisfactory, yet familiar, and that we knew how to navigate.  Some searched in esoteric beliefs for the foundations that we had been unable to acquire in more mainstream religions.  Some sought attention and approval through overachievement.  Some of us became enmeshed in our work, religion, or other activities that distracted us from the unfulfilling lives that we lived because we were unable to fill the empty places in our hearts.

We fumbled our way through life like a traveler whose map shows north in the wrong direction.  In our journey, we stumbled into many byways and dead ends that were interesting, at first, but failed to give us what we needed in the long run.  Someone said “head in that direction; that’s where the answers are,” and in desperation we fumbled our way onward, never arriving at that ephemeral place that would provide us with the peace we needed.  Some of us, exhausted, simply sat down and waited for the answers to come to where we were.  Some of us starved for years, and then we died.

There is a fairly common phrase around the recovery community: “One hundred and eighty degrees from wrong is still wrong”.  What that means is that if we keep walking back and forth in the same old rut, we’ll never get anywhere new.  Recovery means striking out through the forest of our confusion and blazing our own trail through the forest of confusion to our own reality.  Our Reality is never found in that same old rut we walked in our addiction and  confusion.  We may get glimpses through the trees from time to time, but until we climb over the sides of the rut and begin to find our own way into the real world — instead of depending on the messed up map of our childhood and youth — we’ll never find the answers we want.

Is the path through the forest difficult?  Sure it is!  The trees seem to enjoy getting in our way.  The briars and brambles tug at us.  Voices on the wind say, “Lay down and rest”, “Give up, this is too hard”, “Go back!”  But if we keep looking we find that others have already made a path and are waiting to lead us to the answers that they have found, and from which we can freely pick and choose the avenues that will lead us where we need to be: to the answers we find inside us, not the false promises outside.

We look back at the forest, and we smile.

1 thought on “Who Looks Outside Dreams”