I’ve written about this before, but I think it’s important enough that I’m doing a sort of reprise. 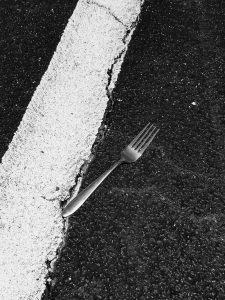 I have a couple of friends from the program who call me almost daily.  The calls are inevitably for one of two reasons: lightweight “bread-and-butter” calls (okay under some circumstances, just to touch base) or to bitch about things that they’d rather whine about than change (not okay, in case you didn’t get the drift).

Part of my job, as a person in recovery, is to support others traveling the same road. In the rooms we do that in various ways: sponsorship, example, showing up at meetings, sharing, taking phone calls, listening, fellowship, and any number of other things.  These things are as integral a part of our programs as abstinence from acting out in our addictions.  We don’t do these things simply out of altruism or codependency; they are the things that keep us on the path in sobriety.  Frankly, I don’t dare not do them!  They don’t make me special; they make me part of a program of recovery.

If being well into the eighth decade of my life and my third decade more or less in recovery have taught me anything, it’s this: Life Is Not About Problems, It Is About Solutions.  Thinking and whining about our “issues” and other people’s doesn’t solve them, it keeps us immersed in them. Searching for, discussing, and then implementing solutions is what moves us through and beyond them.  Often that involves the input of others, because we aren’t capable — any of us — of considering our own lives objectively and arriving at the necessary conclusions and strategies.  We have a word for those who think they are: addicts.

Calling our supports and bending their ears about the misery in our lives is sometimes necessary for our own understanding.  It’s easier to work through problems when we have to quiet our minds and articulate situations with the clarity necessary to explain them to another.  That’s one of the reasons therapy works, along with the ability to listen skillfully and help clients to see and work through their own bullshit.

Venting is also good — sometimes. However, it’s easy to make the mistake of thinking that we understand our problems just because we have managed to express them.  One of the big turning points of getting sober is the awakening that comes with understanding that our reaction to our problems is the key to their solution.  My partner’s attitude has nothing to do with my problem, which is whether I’m able to understand and accept it, or what I need to do for myself if I can’t.  My problem as an addict is to discern what that self-help needs to entail, not what I’d like it to be.  Ninety-nine percent of the time, the answers are to be found in a simple little jingle that we all know:

It’s hard for addicts to accept powerlessness  All our lives, in one way or another, we’ve been trying to get a little traction: power over ourselves, power to resist the power of others, power to escape from situations that we felt helpless to change.  We found temporary relief in withdrawal, dissociation, drugs (including alcohol), and acting out in other ways.  These things all made us feel better in the beginning, and were the coping skills that we found useful at that time.  It’s not necessarily that there were no other solutions, but we didn’t know about, couldn’t access, or were afraid of the other possibilities.  As all living things tend to do, we sought the solutions that would necessitate the least change, and in doing so we changed our futures along with our present — rarely for the better.

We also got locked into the idea that we couldn’t trust others to think or act in our best interest, so we had to do it ourselves even when we didn’t know or understand the problem.  My problem, for example, wasn’t an overbearing parental figure with expectations about my destiny in life, which I believed early on.  My problem was that I continued to make use of the coping skills I developed in that situation long after the situation could have changed, if I’d understood that I had the power to change it.  I carried the solutions of a child into adulthood, and tried to apply them to completely inappropriate “problems,” thus making the problems worse instead of better.  We don’t refer to “adult children” just because it’s a cute expression.

Since I was given to understand that my needs,and wants were contingent on the goodwill of others, I became a manipulator and people-pleaser.  I hated giving in with a passion, and I ended up with some pretty complex personality problems as a result of that conflict!  Since I was frustrated in some ways, I acted out in others.  As my life became more chaotic, I refused well-meant advice and suggestions because I resented other people’s interference in my affairs.  I drank, drugged and acted out in other ways to forget that I was living a life that had been outlined by other people, even though they no longer had any power that I wasn’t ceding.  Also, in addition to dulling the unhappiness, those things made me feel good — at least in the beginning.

Unfortunately, anything that makes us feel good can become an addiction, and that happened pretty early on.  When I got into recovery, I was what therapists call a “Hot Mess,” and it took me more than two decades to learn that reality was a damn-sight different from what I thought it was, that my ideas and opinions weren’t Holy Writ, and that my options were far more numerous than I had ever imagined.  But first I had to stop bitching and stewing about the problems and start listening to how others solved theirs, accepting that I wasn’t the only bozo on the bus.

That’s the secret that my callers haven’t learned, so far.  I don’t know if they will, and that’s not my problem.  I haven’t yet figured out whether I’m part of their problems, but  I suspect I might be.  That’s probably a discussion best left for another time.