How many times in our addiction, and perhaps in recovery as well, have we failed to give those close to us the attention they need in order for the relationship to thrive and grow?

As a young man I had a friend whose husband, a philanderer and sexual predator, took her totally for granted.  He would have women (usually much younger women) in for the evening in his “study,” attached to the house.  Sometimes he would invite them for dinner in the house.  I’m ashamed to say that, at the time, I saw nothing wrong with that.  In addition to his infidelity, he was often much less than polite to his wife.  In fairness, she was known to throw a fit or two herself — with good reason.

One evening, having had a couple of drinks, I asked her why she put up with it.  She said to me, “I’d rather be kicked than ignored.”  Although I was guilty of my own transgressions for many years thereafter, I never forgot those words.  It wasn’t until after a lot of years in recovery that I really got it.  I realize now that she acted out in various ways just to get his attention.  As far as she was concerned, that was better than putting up with the indifference.

Being ignored by people whose attention we need destroys self-worth, whether they are 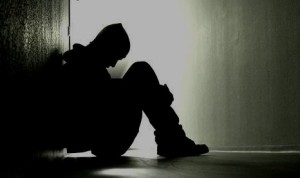 partners, parents, teachers, schoolmates, or even superiors at work.  Some of us react with rage, some tell ourselves it doesn’t matter, and some of us “act in,” retreating into a shell where we try to ignore our own needs.  Some of us try to “belong” by becoming essential to other twisted souls. Some of us, especially children, manage to become essentially invisible.  Others of us will do almost anything to get attention, even if it means punishment.

We are social animals, and we desperately need social contact, approval and affection from the important people in our lives.  It is impossible to have a healthy emotional life without it.  Those of us who imagine that we can do so are in deep denial, and almost certainly addicted to chemicals, “feel good” behavior or some other form of escapism — anything to try to fill the emptiness.

We owe our loved ones (and they owe us) attention, good regard, and the knowledge that they are cherished for themselves — not their beauty, their accomplishments, their grades, their brains, but simply because they are who they are.  When we deprive them of unconditional love, they wither and die.  Sometimes that death can take a very long time, as in the case of my friend. Sometimes it doesn’t take very long at all.

R.I.P., Birdie. You deserved better than you got.

Indifference, not hate, is the opposite of love.

3 thoughts on ““I’d rather be kicked than ignored.””