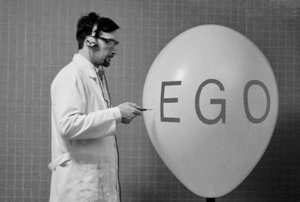 We do not find our finest qualities until we have met our limitations and accepted them.

[Believe me — I’ve done all this stuff at one time or another!]

Is our program not working for us? Are we in recovery, or just abstinent? Are we just hanging around the edges talking the talk, but not walking the walk?

Are we hiding behind our intellect, thinking that we know more about how to “fix” ourselves than all those “uneducated” people in the rooms? END_OF_DOCUMENT_TOKEN_TO_BE_REPLACED

“Ego is the sworn enemy of our ability to learn and grow.”

Believers (theists, deists, etc.) seek faith in the existence of a power that they cannot prove. That’s what faith is: belief without proof. Atheists espouse the opposite: that something that can’t be proven to exist therefore doesn’t exist, which is not only intellectually sloppy, but illogical.  Agnosis, in its purest sense and shorn of knee-jerk reactions, refers to people who admit that they don’t know.

Personally, I am agnostic. I would like to believe in a God, but no anecdotal or other testament has yet convinced me that there is such a being. Nonetheless, I accept the fact that those things could change, however unlikely.  In the meantime, I’ll stand behind my efforts to live a good life. If God fails to notice and take that into account, it won’t matter anyway.  That said, I’ve no problem with you and whatever you believe, as long as you don’t use it as an excuse to mess with other folks.

Recovery is about suggestion and example, not doctrine. Nowhere in approved AA literature does it say that anyone has to believe in God in order to get sober.

Those who believe their faith in a metaphysical higher power is what keeps them sober are perfectly at liberty to do so. As far as AA is concerned, they’re sober, and that’s what matters. Likewise, those who accept, as I do, that we can’t do it alone and get their guidance from the group, Steps, sponsors and outside support can and will get sober — as long as we remain open-minded. 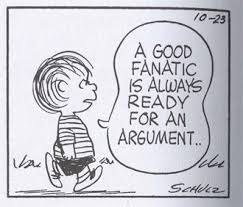 Rigid attitudes and their expression always create barriers. Testimony tempered by humility is one thing, but proselytizing and fanaticism are something else.  Fanatics miss out on a lot of life’s lessons by focusing on the blacks and whites (most of which are really shades of gray) and ignoring the rest of the spectrum. Not only that, they risk alienating those who might have become their friends.  Those people may be so put off by perceived intolerance that they miss out on myriad other thoughts and counsel that the believers could provide.

In short, rigid ideas of any kind are divisive, and life is — or should be — about tolerance, understanding, lovingkindness and the other aspects of the human spirit. Spouting our beliefs at other people and making them uncomfortable is just plain rude, whether door-to-door or at a meeting. It drives away some people who need our fellowships.

Our job is “to stay sober and help others to achieve sobriety”, not create artificial walls that keep alcoholics and other addicts from learning what we have to offer.

I was at a meeting last night where the subject was defiance.   I don’t recall ever having heard that suggested as a topic before,  but it’s certainly a good one! Defiance is the earmark of many a newcomer’s early program,  and I have exhibited a bit myself from time to time

It’s perfectly natural when you think about it.   Addicts don’t like to be told what to do,  especially when it threatens the deep-seated need to use that we have in early recovery.  We haven’t yet replaced the “comfort” of our addiction with the relief of recovery,  and while our conscious mind is telling us that we want to quit,  the rest of it is saying “Help!   We need our drug!”   Put the two together and you’re likely to find a certain…ah…resistance in the average newcomer when a bunch of relative strangers start making suggestions.
END_OF_DOCUMENT_TOKEN_TO_BE_REPLACED