It’s entirely possible that I posted this some time ago.  If I did, you’ll just have to live with it.

Note: this was sent to me in an email, and I have attempted to find its origin on the Web. Unable to find any reference to the title, I assume that it is anonymous and, thus, in the public domain. If this is not the case, and I am so notified, I will remove it immediately.

It started out innocently enough. I began to think at parties now and then — just to loosen up. Inevitably, though, one thought led to another, and soon I was more than just a social thinker.

I began to think alone — to relax, I told myself — but I knew it wasn’t true.

Thinking became more and more important to me, and finally, I was thinking all the time. That was when things began to sour at home. One evening I turned off the TV and asked my wife about the meaning of life. She spent that night at her mother’s.

I began to think on the job. I knew that thinking and employment don’t mix, but I couldn’t help myself. I began to avoid friends at lunchtime so I could read Thoreau, Muir, Confucius and Kafka. I would return to the office dizzied and confused, asking, “What is it exactly we are doing here?”

One day the boss called me in. He said, “Listen, I like you, and it hurts me to say this, but your thinking has become a real problem. If you don’t stop thinking on the job, you’ll have to find another job.”

This gave me a lot to think about. I came home early after my conversation with the boss.

“I know you’ve been thinking,” she said, “and I want a divorce!”

“But Honey, surely it’s not that serious.”

She exploded in tears of rage and frustration, but I was in no mood to deal with the emotional drama.

“I’m going to the library,” I snarled as I stomped out the door.

I headed for the library, in the mood for some Nietzsche. I roared into the parking lot with NPR on the radio and ran up to the big glass doors. They didn’t open. The library was closed. To this day, I believe that a Higher Power was looking out for me that night.

Leaning on the unfeeling glass, whimpering for Zarathustra, a poster caught my eye: “Friend, is heavy thinking ruining your life?” it asked. You probably recognize that line. It comes from the standard Thinkers Anonymous poster.

This is why I am what I am today: a recovering thinker. I never miss a TA meeting. At each meeting we watch a non-educational video; last week it was “Porky’s.” Then we share experiences about how we avoided thinking since the last meeting.

I still have my job, and things are a lot better at home. Life just seemed…easier, somehow, as soon as I stopped thinking.

I think the road to recovery is nearly complete for me. Today I completed my final step. I watched American Idol.

Codependency — or, as it used to be called, co-addiction or co-alcoholism — is one of the more difficult concepts to grasp in the area of addiction and recovery. The reason for that is simple, really, because codependency is just normal behavior taken to extremes.

I like to speak of it in terms of addiction because it is, in a very real sense. There are two concepts that we need to understand when thinking about it in those terms, best expressed by two well-known recovery sayings:

Both of the above, of course, are contingent upon the idea that there are alternate courses of action. In practically all cases, such different avenues exist; we are simply not conditioned to look for them — in fact, often precisely the reverse. This is sometimes due to lack of information, but more often because of “stinkin’ thinkin’,” skewed by long experience dealing with situations that defy logic. That’s why sayings like these are valuable. They give us a quick, easy reality check once we learn how to use them. The trick is in giving ourselves permission to think outside the codependent box.

…and I thought you might like this one, taken day-before-yesterday while on an outing with my granddaughter. 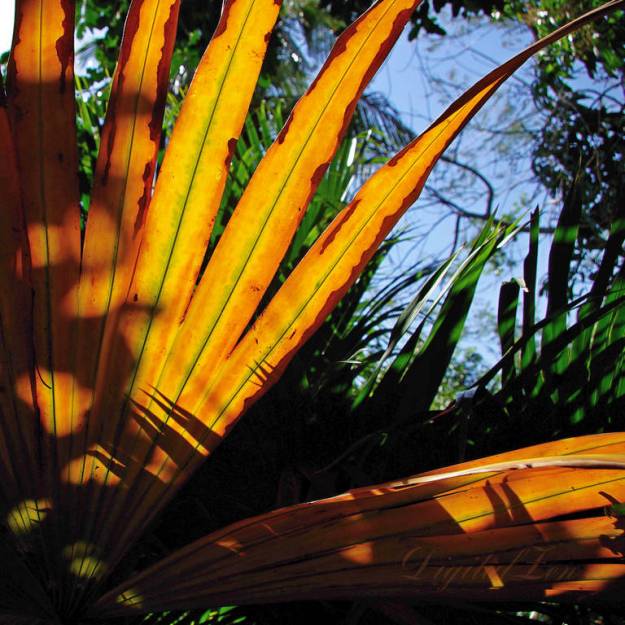 Alcoholics and other addicts may turn to unnecessary vitamin regimens in an attempt to hasten the process of recovery.

Vitamins In Recovery — A Personal Opinion

Addicts in early recovery often think they can overcome the effects of relapse triggers, despite having spent a long time proving otherwise.